I found these interesting and see no reason why you won't:


So there I am, never smoked in my life, just minding my own business trying to get treated for the flu, and the Smoke Nazi is pontificating to me about my father’s perhaps suboptimal health choices when he gave up cigarettes in 1962, two years before the Surgeon General’s Report about it, when I was seven. Hence the dilemma that always arises in these situations: do you let this stuff slide or call the guy on it?

*** An interesting theory on: Were Those Really the Gold Old Days? Why 'New' Old Art is More Popular Than New New Art.


I suspect that for all its seeming popularity — as measured by such indexes as museum attendance — there is a continuing and pervasive unease with modern art among the public at large, a sinking feeling that no matter how much time they spend looking, reading or listening, they’ll never quite get the hang of it. As a result, they feel a powerful longing for “new” work by artists of the past.

*** This is pretty funny, especially if you hate meetings. I can't remember who said it, but I agree, that any meeting longer than 20 minutes is a waste of time. Might have to try some of these: 10 Tricks to Appear Smarter in Meetings.

*** As a former bowling columnist (don't laugh), I only wish this had happened during my tenure. Boston-area amateur bowler Hakim Emmanuel notches 27th perfect 900 series on record. Impressive.

*** Joe Theismann's letter to his younger self. Good stuff from the Notre Dame grad.

*** Check out charming and unusual bookstores from around the galaxy.

*** The photo shoot that broke up Van Halen.

I tweeted on this last week and I assume everybody follows every link I tweet. If not, I provided the link again.

This guy has a different take on Andrew McCutchens' essay about how difficult it is for young black baseball players to get noticed. And makes some good points.


This is the crux of McCutchen's argument. That there is no other option other than expensive travel teams. That you can't get noticed, you can't get anywhere without these traveling teams. That's simply not true. Frankly, it's silly.

The guy (who doesn't blog with a name so I call him "the guy") says players don't have to be on expensive travelling teams to get noticed. Basically, strike batters out or hit the ball and you'll get noticed.


Do you know what gets you noticed? An extraordinary amount of God given talent and hard work. There's no other way. There's no magical shortcut. Talent. Hard work.

My grade-school years were spent in LeMars, Iowa, where my dad was guidance counselor and coach at the public high school. Our family attended St. John's Lutheran Church. Dad was head of the Fellowship of Christian Athletes chapter at school, where the thrill of my young life was when star quarterback for the Bulldogs, DeeJay Donlin, and his girlfriend Kay Cobb took me to the annual banquet and I sat next to them at the head table. DeeJay, now a pastor, went on to set records at Augustana College and made it to the final cut day for the Minnesota Vikings, before losing out to a guy named Tommy Kramer. I loved our time in LeMars.

I knew there was another school in town, a Catholic school called LeMars Gehlen, but never gave it much thought as a grade-schooler. I just knew it existed and that was about it. There was no bigger booster of the public high school in town than my dad. There was also probably no bigger fan of the Lutheran Church than my dad. So if there was one guy who could've taken the opportunity to bash the private, Catholic school in town, it could have been my dad. But he never did. I never heard an ill word spoken about LeMars Gehlen.

Fast forward 40 years now and I'm Catholic, have graduated two daughters from the local Catholic school here in Rapid City (having transferred from the equally-awesome Brandon Valley Public Schools 10 years ago) and have a son with one year left at St. Thomas More.

Given my upbringing, the most shocking thing I've encountered this past decade is the straight-up animus some people have toward that school and private schools in general. I chalk most of it up to jealousy, some of it to ignorance, and on rarer occasions to bigotry. None of those three things are particularly good character traits in my book. But now I just get a kick out of drawing it out of people. Yeah, I like to instigate a little. It's enlightening.

At school football or baseball games I don't like to sit in the stands (mostly due to a bad back), so you'll often find me wandering around. Usually I end up talking to parents and fans of the opposing team in the concession area or along the baselines. It's almost always good conversations where if the Catholic school thing comes up I correct misconceptions or add to them, depending on my mood. "They recruited my kid in second grade," I've said, jokingly, but always leaving that bit of doubt for the listener to ponder on his own.

I've found that some people who claim to care most about education often really care most about public school education (of which I'm a fan as well). Because boy when you get them going on private schools or home-schoolers it gets their blood pressure up and you often find they aren't such fans of those types of education. I don't get that kind of thinking.

I don't get that at all, and for that I'd like to thank my public-school-teaching Lutheran father who was just a fan of good education no matter how you got it. Thanks Dad for raising me without that other garbage.

I borrowed my oldest daughter my copy of George Washington's Secret Six, which I enjoyed. She's a political science and history grad, has given tours for the U.S. Capitol as a Senate intern; worked as a House intern, was an interpretor for the inaugural season of the Founding Fathers Museum near Rapid City; and is now a staffer for a U.S. Senator. So she's into that stuff!

I guess historical fiction is not her cup of tea.

She seemed a lot more excited about the biography I bought her of her favorite Founding Father, the youngest signer of TDOE - Edward Rutledge. We'll see how that goes.
Posted by Mark Haugen at Monday, February 16, 2015 No comments:

I want to be a houndsman. Does it take more than just owning a hound? Because, in the technical "hound" category, I have this one named "Huckleberry." He has issues. 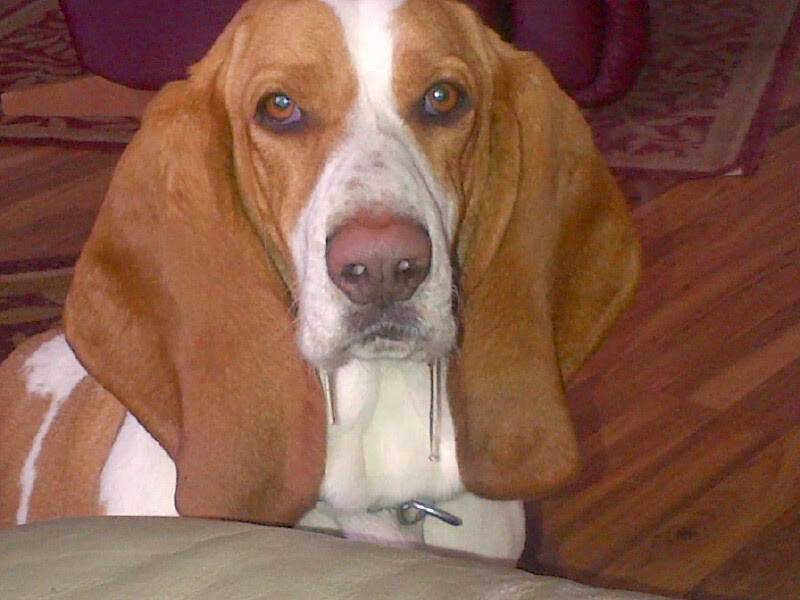 Regardless, here's a cool story about a new way they are counting mountain lions in the Black Hills.


In the month before the season, GF&P employees release hounds to tree mountain lions; they then used a dart gun to shoot a special dart into the lion’s rump that takes a small sample for flesh.

When biologists radio collared lions, Kanta said, it took at least four people. The lion needed to be anesthetized, which can lead to an unintentional death of the animal. And the lion had to be handled, which can potentially be dangerous.

“Now we can run with just the houndsman if need be,” he said.

Posted by Mark Haugen at Wednesday, February 11, 2015 No comments:

There's a great deal of satisfaction and trepidation when I box up all the notepads, post-its, index cards, edited manuscripts and scribbles from the latest writing project. That means I've finally stuck a fork in it and am kicking it out the door. 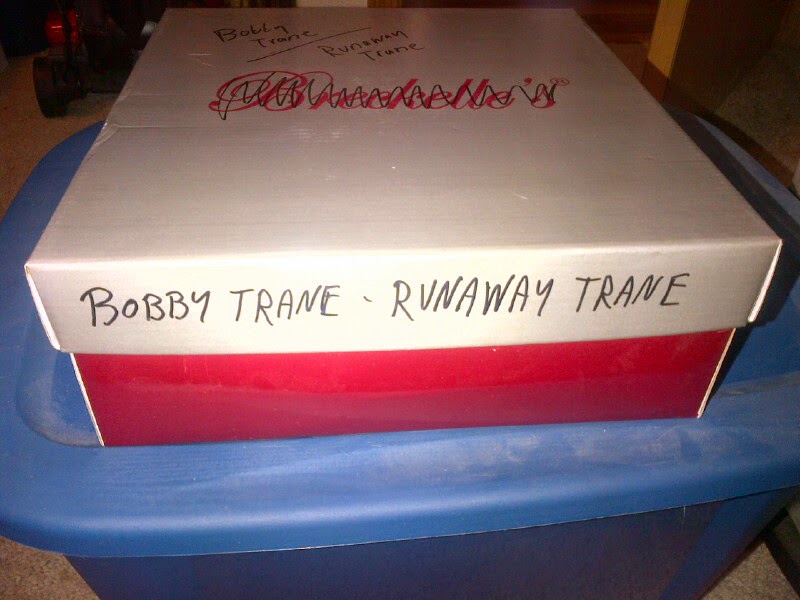 The next step is the cover, and I'm hoping to have the arguing over the cover design done soon before somebody gets hurt. My posse seems to really like the book, but thinks I'm getting a little weird with the cover. Oh well, sometimes crazy is all you've got. And, when in doubt, I ask myself: What would Prince do?

Some things worth reading, not sure why.

*** And in the nonfiction "Be Careful What You Wish For" section there's this.

*** Powdered alcohol, eh? There's just some things, like cell phone cameras, and Palcohol, that I'm glad weren't around in my youth.


Mark Phillips, owner of the Arizona-based company, said on Palcohol's website that he created the product to avoid lugging liquor bottles on hiking trips. The 1-ounce powder packets can be stirred into water to make one shot of vodka or rum, or a serving of one of four different cocktails, the website says.

*** Sometimes, like in this article, the comments are better than the actual story. People are so angry now-a-days.

*** Yeah, I think Jesse Ventura is kind of a goofball and I admit to taking Chris Kyle's side of the bar-fight story until I read this. And I changed my mind.

*** Rush Limbaugh has some nice words on the passing of his COS Kit Carson.

*** So they figured out how to unboil an egg, and apparently it's important.

*** Here's the latest from my boys Sons of Bill: Big Unknown.
Posted by Mark Haugen at Thursday, February 05, 2015 No comments: