Aka Echinacea, I started this beauty from seed a couple years ago. 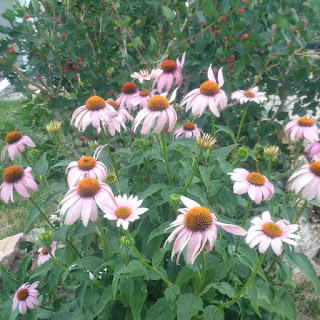 A lot prettier than the slimy, but tasty, vegetable it becomes. 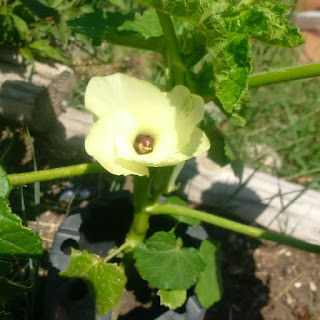 Why does the stuff I use the least grow the best? 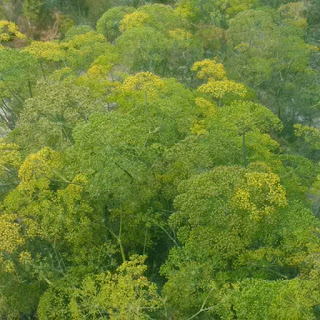 But not losing our cool

Satan called. He wants his weather back. It's so hot, I saw a fire hydrant chasing a dog.

It's hot, so people are getting grumpy. Or at least now they have an excuse.

Ace of Spades was even grumpier than usual today:


People are so horrifically stupid that I cannot wait until the aliens come and kill us all. I'll actually be on their side. When they show up, I'm going to sneak towards their space armada and offer my services as a behind-the-lines saboteur and quisling.

It might be nice to be these guys: A group of adventurers, sailors, pilots and climate scientists that recently started a journey around the North Pole in an effort to show the lack of ice, has been blocked from further travels by ice.

Ah, schadenfreude my ol' friend. I love ya.

And I'm in a good mood. Some like it hot. So here's some good news:

** A 93-year-old South Dakota woman has finally hung up her nurse's cap after more than seven decades in the medical field.

** What’s the matter? Lead, SD, scientists among those searching.


"It's certainly there. We know dark matter exists" because of the way it helps form galaxies and makes light bend around galaxy clusters, McKinsey said.

Weiner said, "It's hard to know when we will find dark matter because we don't know precisely what it is. Of course, that's what makes the search for it such a big deal."

** Faster please: New Alzheimer’s vaccine could be as common as the flu shot.


At this moment, the vaccine is still not yet ready for human trials, but according to Petrovsky, “given the demand for a vaccine, if we show it is successful in the early stages we expect this will be pulled through and turned into product very, very quickly.”

** And since David Allan Coe cancelled on us Wednesday night because of "acute bronchitis," I'm trading in for Dwight Yoakam tix. I think I like that trade. No offense, DAC.

'Runaway Trane' by yours truly has been selected for the Smashwords July Winter/Summer promo. So you can get it free for the rest of the month if you enter this code at checkout: SFREE. Go here.

It goes against my inclination to give stuff away, but what the heck, I'm drunk.

It's available in all formats except Braille, so you really have no excuse unless you are, well, visually impaired.
Posted by Mark Haugen at Wednesday, July 06, 2016 No comments: