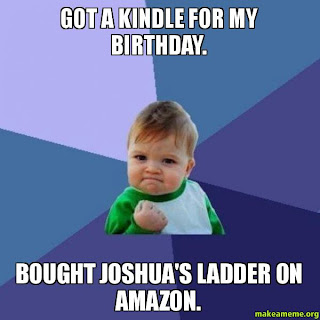 Spearfish author Jeannie Hudson has quite the story to tell. And she also just wrote her fifth novel.

As she told Tom Griffith of the Rapid City Journal:


"Then her agent died, she divorced her husband and the bottom fell out of the publishing industry. Stymied by the dry spell, she accepted a job in cable advertising sales and moved to south central Minnesota, where she would spend the next 15 years in a haze as a “high-functioning alcoholic.”

"She married Tom Dormady in 1990, watched him die of bone cancer in 2005, and suffered through four unsuccessful treatments for alcoholism before the fifth treatment stuck. After meeting her current husband, Adam Hudson, at Dormady’s funeral, she moved to Spearfish, married and resumed writing."

Her book is titled: "“Behold A Lone Horseman,” and is available through Amazon. It "recounts the adventures of 17-year-old Regan Townsend, who accompanies Wild Bill Hickok, Calamity Jane and Colorado Charlie Utter from Cheyenne to Deadwood in the summer of 1876."

Due to sequestration, I haven’t posted in a while, so let’s get this thing re-kicked off with a Link-Oh-Rama:

*** My son will be a sophomore in high school. I just ordered this bit of light reading for his required summer reading list: Left to Tell: Discovering God Amidst the Rwandan Holocaust by Immaculee Ilibagiza, who will be in Rapid City this fall.

*** So this is the guy, Aaron Gleeman, whose Link-O-Rama this is modeled after. He owns two ties.

*** As The New Yorker explains in “America’s Star System,” it’s good to be king, rock star, business mogul, athlete. Not sure that’s news, but that’s The New Yorker.

*** My Minnesota Twins have a super stud in the making in the minor leagues named Miguel Sano. He’s been benched because he supposedly took too long running around the bases after a home run: 29 seconds. My question is, how would the struggling Twins coaching staff know how long it’s supposed to take?

*** Jacqueline Palfy at the Argus Leader is reading “The Round House” by Louise Erdrich. She loves this, truly loves this.

*** I’m not pro-jewel thievery, but I am pro-fiction-becoming-fact. The Pink Panther jewel thief has escaped from a Swiss prison. He is the third member of the gang to escape, reinforcing my lack of faith in Swiss prisons.