I haven’t read a Jonathan Kellerman novel in quite some time for no other reason than getting caught up in other stuff. The Murderer’s Daughter is a stand-alone, with no Alex Delaware, Kellerman’s most famous character.

A brilliant, deeply dedicated psychologist, Grace Blades has a gift for treating troubled souls and tormented psyches—perhaps because she bears her own invisible scars: Only five years old when she witnessed her parents’ deaths in a bloody murder-suicide, Grace took refuge in her fierce intellect and found comfort in the loving couple who adopted her. But even as an adult with an accomplished professional life, Grace still has a dark, secret side. When her two worlds shockingly converge, Grace’s harrowing past returns with a vengeance.

Kellerman is a psychologist himself, thus spins very believable psychological stories. His main character here, Grace, is a femme fatale with issues of her own. It’s dark, murderous, sexy – all the things I like.

One thing I personally like about Kellerman is his writing diversity (unlike say James Patterson). In addition to his psychological thrillers, he’s also written non-fiction psychology books, a book on vintage guitars and children’s books.  He is a clinical professor of pediatrics and still manages to kick out a novel a year. Pretty impressive dude. No one-trick pony.

I’ve liked every Kellerman book I’ve read and need to make it a point to get better caught up in a few others that have slipped past me.
Posted by Mark Haugen at Saturday, May 27, 2017 No comments:


"Everyone sat at the table until everyone was done. They had to ask to leave the table. I never let them eat with their caps on,"


"Being a mom is the most important job in the world. When it's all said and done, my kids are what I have to look back on and say, 'I did this.’”


“The rank and file of the fellows were quite unhappy with the machine gun assignment as rumor had it that these units were always the first to be ordered into the front lines of combat in actual battle and were consequently referred to as ‘Suicide squads.’”


Acting as an advocate for FFA (Brandon Valley Challenger)


“You maintain a positive outlook and advocate for FFA. You tell people how fun it is and try to get people into it. I’m really passionate, and I decided to go for it. It’s going to be a fun year.”


“I was spoiled because I would go in and eat whatever they served for the day,” Craig admitted. His favorite meals that his mom made were round steak slow-cooked in tomato sauce and fried chicken with mashed potatoes and gravy.

I’ve pretty much abandoned new James Patterson books and his host of co-authors, with one exception. I still read the Alex Cross novels. But even they are getting a little stale.

Hey, gotta give it to Patterson, he figured out a formula, stuck with it and it’s worked millions of times over for him. Short sentences, short chapters, keep it moving. But I have to think, especially after you’ve made more money than God, that you’d want to try something new. Apparently not. Dance with the girl who brung ya, I guess.

So Cross the Line is a year old, as I don’t exactly rush to the newest Pattertson stuff. And it was okay.


After shots pierce the tranquil nighttime calm of Rock Creek Park, a man is dead: what looks at first like road rage might be something much more sinister. But Alex has only just begun asking questions when he's called across town to investigate a new murder, one that hits close to home: Washington's own chief of detectives. And Alex's former boss, beloved mentor of Alex's wife, Bree.

Now there's a killer on the loose, a long list of possible suspects, a city in panic, and nobody in charge of the besieged police force. Until Bree gets tapped for the job.

Now that it’s done I can rest with the satisfaction that I can go another year or two without have to read another Patterson novel.
Posted by Mark Haugen at Tuesday, May 23, 2017 No comments:

Snowball bush (with a bonus Huckleberry) in garden 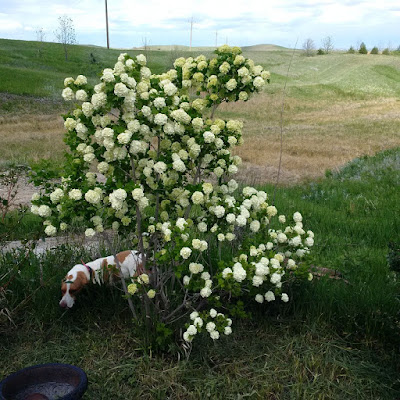 Chives (with a bonus bee) along my walking path 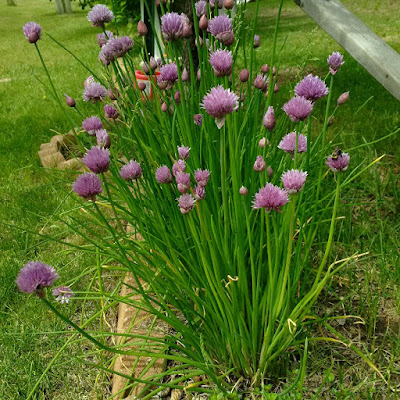 Society is failing our boys

Here he nails it: Our culture is unlearning masculinity, and boys are paying a steep price.

He makes many great points, including these two:


It is important to see and know that throughout that young man’s life, his dad wasn’t just nurturing him, he was also challenging him — pushing him to be stronger mentally, physically, and emotionally. To that end, it’s time to remember that strength is a virtue, rightly channeled aggression creates and preserves civilization itself, and there is nothing at all inherently toxic about masculinity.


His wife, Marlene, wanted to move back to South Dakota and specifically the Gregory area where she had lots of relatives.  Cousins jokes when he told Marlene “Don’t you remember how cold the winters were in South Dakota.”  Marlene added: “But they have changed.”


"Being a mom is the most important job in the world. When it's all said and done, my kids are what I have to look back on and say, 'I did this,'" says Lawonza (Baker) Montague, 38, New Underwood rancher and mother of two.


“(The Relay for Life) is one I can’t give up because it affects so many people,” Feltman said. “It just makes me feel like my mom would be proud of me, that we’re not just letting her die in vain.”


“It was so slow that I thought maybe if we had a retail store, it would give us more credibility online,” she said. “So, then we started as an occasional store on main street. We were just open one weekend a month, and then we got busy enough to where we started opening every day.”

On a side note, I am occasionally asked where I get my news. For starters I get none of it from television. I seldom watch local news, never watch network news (though I do have Fox Business on mute in my office throughout the day) and I don’t do any of the late-night talk shows. (And don’t get me started on newspapers doing stories now on what was on Saturday Night Live the night before.) I don’t subscribe to any newspapers, but do read some we get at work. I find the Black Hills Pioneer to be my favorite.

Much of my news is gained via local and national reporters I follow on Twitter. Otherwise, it’s on websites.

My 2 cents recommends thehill.com for any news regarding legislation or events going on in D.C. I know a bit about that stuff and don’t really sense a political leaning there. Pretty straight forward reporting. I don’t waste my time with Politico.

My first-thing-in-the-morning routine on my Kindle usually goes in this order, after Twitter:
drudgereport.com (latest world and national news)

aceofspades.mu.nu (a snarky, sometimes profane, hodge-podge of news from politics to art to books and gardening)

twinsdaily.com (for major league features and minor league updates on the Twins)

powerlineblog.com (some conservative attorneys in Minneapolis with updates on national and Minnesota politics as well as Miss Universe reports, and one of the guys is from Watertown)

realclearbooks.com (daily compilation of book news from around the world)

tmz.com (I wash it all down with my daily dose of what the Kardashians and my second wife Jennifer Aniston were up to the night before)

Shake it all around and this is what you get.
Posted by Mark Haugen at Tuesday, May 02, 2017 No comments:

'Sources say' this is the best website in the world

It’s not a new thing but it is an increasingly more common thing: “Sources say.” 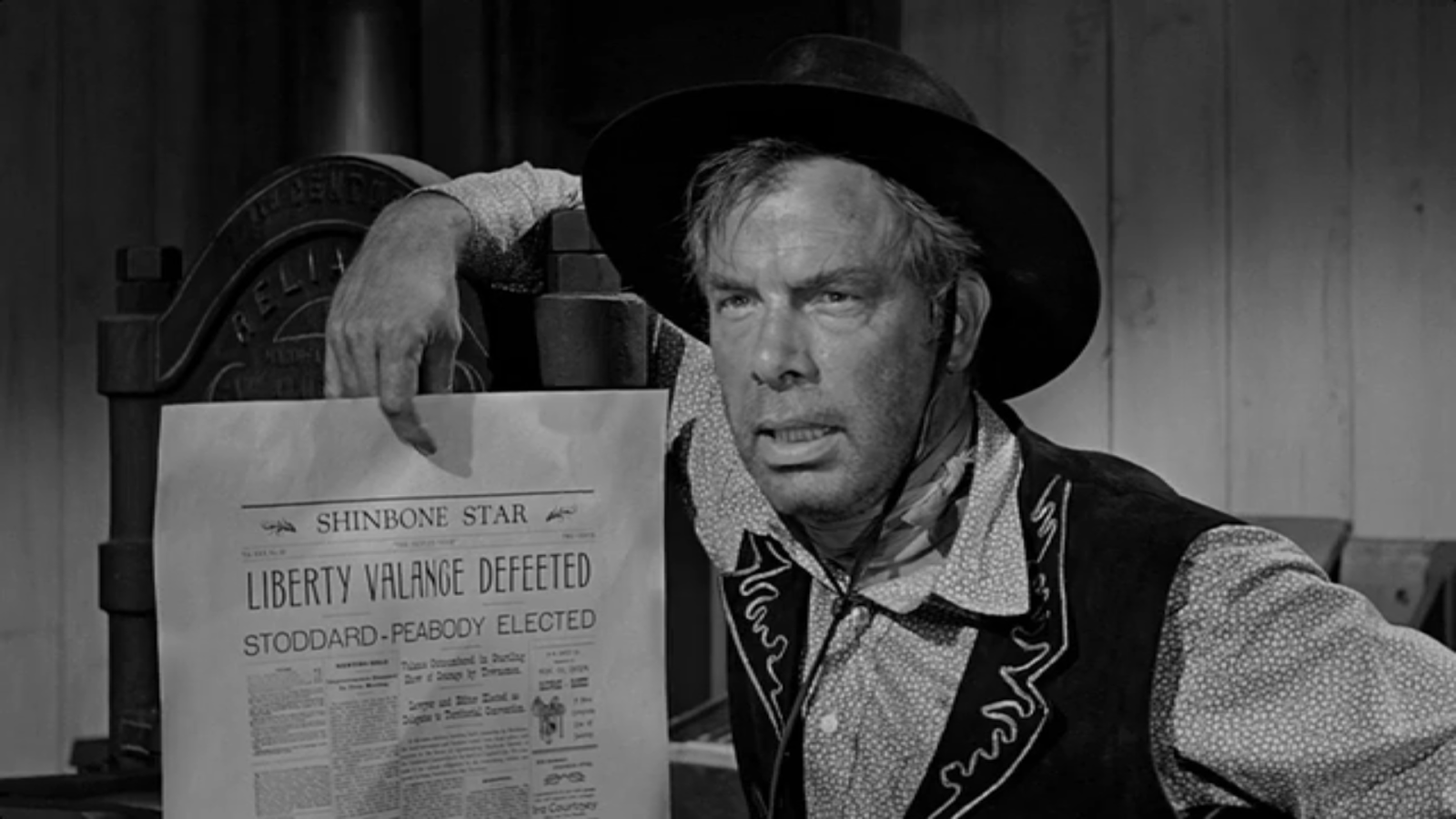 Chalk it up to entertainment news or internet-influence but I notice a lot more anonymous sources being used in news stories than ever before. “Sources say” Justin Bieber is dating Venus Williams or “sources say” the President spilled ketchup on his tie today.

It used to be, at least back in my days in the newspaper biz, that anonymous sources were rarely used and if they were they needed to be double-sourced by another. Some of it today, I believe, is also the rush to be the first to get the news. So “sources say” ten people were killed by two masked gun wielding assault rifles, eventually becomes four people shot by one man with a pistol. Seems it’s usually best not to repeat the particulars of any breaking news story you hear. Give it some time to stew, for more sources to reaffirm the story.

I recall using an anonymous source once in my career. That was from a closed-door meeting among teachers and from a teacher I knew and trusted. And I had no other way of getting that news. Now, it seems when there are other ways the reporters seldom wait or work their way to get the facts.

I even saw our local paper use an anonymous website comment to a news story in a follow-up story. No name, no nothing.

But, then again, this is the same paper that has a very popular feature in its news section (not on the opinion page) called “2 Cents.” That allows people to write in anonymous comments complaining about life, neighbors and politicians. The paper does no fact checking on the comments, just prints them willy nilly.

It’s amazing to me. I formerly edited four different newspapers and if I’d walked into the bosses and suggested “hey, let’s run anonymous opinions and unchecked comments on our news page,” they would’ve hung me up by my toes after firing me.

To make it worse, this is probably the most read part of the paper, which would make me nervous as a publisher that the most popular thing in your paper isn’t written by your own reporters.

It’s like they don’t realize that anonymous sources can have agendas, or they can be drunk, or they can be uninformed. That’s why you name sources, so readers can make that determination. If “Mark Haugen” says something, people can say they never heard of me, they can say “oh, he’s the smartest man I know, so I better believe him” or they can say, “oh, that idiot is back on the sauce.” But anonymous sources don’t allow the readers to make that judgement, instead relying on the veracity of the publication doing the anonymous sourcing, and not many of them are shooting off the charts right now.

But, I get it. I’m a dinosaur. Newspapers aren’t just papers anymore. Unfortunately, they aren’t just news anymore either.
Posted by Mark Haugen at Tuesday, May 02, 2017 No comments:


“I learned a lot at St. Joseph’s Indian School,” he said. “But it was the spirituality, the faith I learned that gave me the strength to get through many things in my life. I served in the Vietnam War.
I watched my son serve two tours in the Middle East. I lost a son to cancer.
Through these times, it was my strength of faith that brought me through.”


“When I first started, I thought I’d come in here and have fun, and not compete,” she said. “And we just ended up getting into it. It gets addicted and you want to do more and more.”
Posted by Mark Haugen at Tuesday, May 02, 2017 No comments: