Shooter and his band hit the mark

Wifey and I attended the Shooter Jennings concert last night at the Iron Horse Saloon in Sturgis. It was stellar. 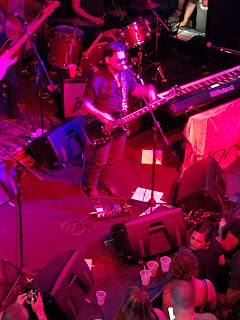 I was a frequent listener of Shooter's Sirius/XM radio show, but kind of lost sight of him after I cancelled the service. Then I got back on the Shooter bandwagon when he appeared in an episode of The Punisher. His song "Fourth of July" even joined my lunchtime karaoke session, witnessed only by my dogs, and I heard no complaints from them.

The concert was impressive. Shooter's music repertoire is vast. It ranges from classic country ballards to outlaw country to rock. The segues were seamless. His banter with the audience was limited as he put all his effort into the keyboards and various guitars.

It's well known that Shooter doesn't like Nashville (much like his father, Waylon) and they apparently don't care for him either. That's unfortunate from the aspect of not having a more mainstream listenership, because he has more talent in his pinkie finger than all the bro-country Justin and Jasons put together. Shooter isn't riding his father's coattails. He's legit talent, great singer and outstanding musician.

I  always respect artists who can sing AND play an instrument besides the tambourine. I also can play an instrument and sing, but there's never been a big calling for singing tuba players. I prefer to think Nashville hates me too.

We started out the concert just above him on the rail of the second floor, but moved down to the mosh pit midway through. The highlight of the evening for me was when I belted out a duet with Shooter - killing "Fourth of July." I consider it a duet, because I was six feet away from him on the floor. He probably wasn't as enamored with his partner's talent as I was.

If you listen to just one shooter song make it that one. Here's a link, with a cameo from George Jones at the end.

Here are the lyrics so you can sing along:

Catching up on the books

Getting around to a couple past-due quick book reviews. 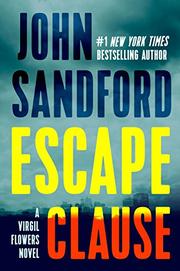 Most recently finished John Sandford's "Escape Clause." It was standard Sandford stuff, meaning clever, funny, a little sexy and with a good twist at the end (which I humbly admit to predicting).

It's the ninth book in the Virgil Flowers series. Two rare tigers are stolen from the Minnesota zoo and Flowers delves into the underground market for exotic animal parts.

A couple quotes jumped out at me:

"She scuttled off down the sidewalk to a blue Prius and stared at him through the windshield with the electric ferocity only a Prius owner could summon."

And this quote from Davenport to Virgil; "She was goofier than a Packers fan who's lost his cheese."

Previously I knocked off a couple from the usual suspects, Stephen Hunter and Craig Johnson.

Hunter's "Master Sniper" was another hard-core gun book.I'm not hard-core, but enjoy his stories. I gave it a 6.

Johnson's "Another Man's Moccasins" is from his Longmire series. I gave it a 6+.

One I've been fiddling with in between is a book of short stories by Ian McEwan titled "In Between the Sheets." I shouldn't have been surprised by the contents of the book given the title, but I was. It's pretty much erotica. It surprised me because McEwan has written a couple of my favorite novels, "Atonement" and "Amsterdam." Both were pretty serious. The short stories so far have been weird, somewhat pervy, but I'll probably keep chugging along because he's such a good writer.

The next novel I'm starting tonight is one I've really been looking forward to: "The Chain" by Adrian McKinty. Let's hope it lives up to my expectations. I need a knockout.
Posted by Mark Haugen at Monday, July 22, 2019 No comments:

Colors from the yard 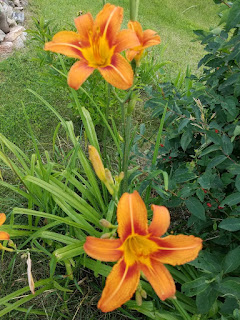 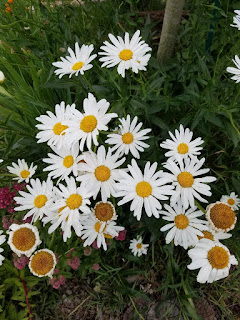 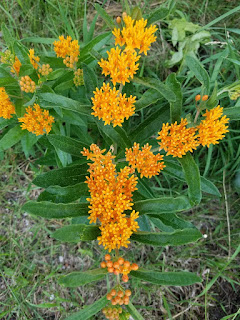 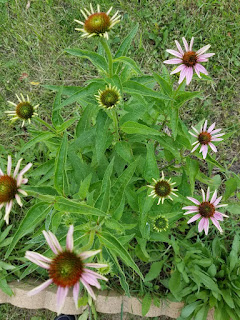 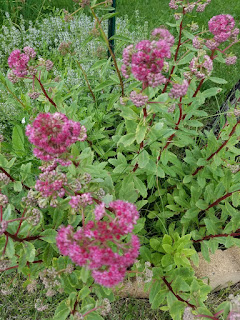 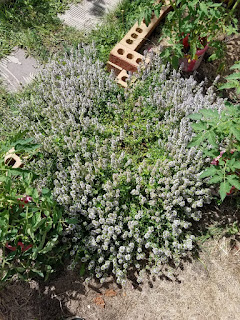 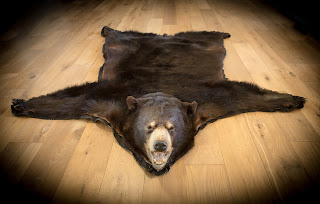 Me: "Maybe it'd be easier to find someone with a bear skin rug and ask them to take a picture."

Me (calling old college roommate): "Mac, you still have that bear skin rug we had in the dorm
room?"

Me: "Can you take some pictures of it and email them to me?"

(receive photos next morning and forward them to BCD)
BCD: "Of course you'd have a roommate with a bear skin rug."
Posted by Mark Haugen at Thursday, July 11, 2019 No comments:

Light blogging is usually a good sign, because it usually means I'm making progress on a book. That's been the case lately. I actually have two novellas taking up storage space on the puter, the third Bags Morton and stand alone called "Pet Teachers."

The most recent one which is just waiting for my cover designer to finish is "Mustang Lang." My publishing timelines are generally pretty loose as I depend on volunteer labor. I pay in garden produce, so the editors and designers pretty much slack off until mid-July. As soon as the zucchinis start popping you might see Mustang Lang make his debut. It's a pretty enjoyable read if you ask me.

One of my editors, with me since the "Joshua's Ladder" debut, told me last year that she wanted a character named after her sometime. So I did in "Mustang Lang." Thought she'd be happy, but it wasn't the first time I misjudged a woman's response.

In the midst of proofreading it, she sent me an email saying: "Gad dummit, Haugen. You made me a hooker!" But she didn't say "gad dummit." I told her, "but she's a really hot hooker."

*** How about those Twins?! Is it just me, or when they zoom in on Byron Buxton's face, doesn't he resemble Prince? Darn right, he does.

*** Speaking of Prince, our friends from Finland are visiting us in a couple weeks. He is the biggest Prince fan I know, probably one of the biggest in the world. It's like borderline mentally ill, but there could be worse things to obsess about.

*** In defense of owning too many books.


Secular politics and ideologies have murdered and oppressed more people in the last 100 years—often in the name of “science”—than all religions together have managed to mistreat in the last millennium.


“She lived in Kansas City, and she lived to be 97. When she found out that I was working for a newspaper, she said, ‘I’m so glad. Newspapers kept going right through the Depression.’ No matter how poor her family was, they always took the Kansas City Times and the afternoon paper, the Kansas City Star. They couldn’t do without them. So, I’m hanging in there with my late grandmother.”

*** I used to be an Alex Rodriguez hater, much like I disliked Jose Canseco. One grew up, one did not. This is a very interesting story on A-Rod the business mogul and baseball ambassador.


Of Rodriguez’s troubles, Buffett says, “I’ve always said generally, you should behave better in the second half of your life than you do in the first half of your life. You learn more about people as you go through life. You really learn more about yourself. I think that’s been the case with Alex. You and I would not like to be judged by the worst thing we’ve ever done.”

*** Inside one of the most spectacular and dangerous banks heists in U.S. History