Finished: 'The Devil Knows You're Dead'

The Devil Knows You’re Dead is the eleventh book in Lawrence Block’s Matt Scudder series of 18. But I still have no idea what the title means. 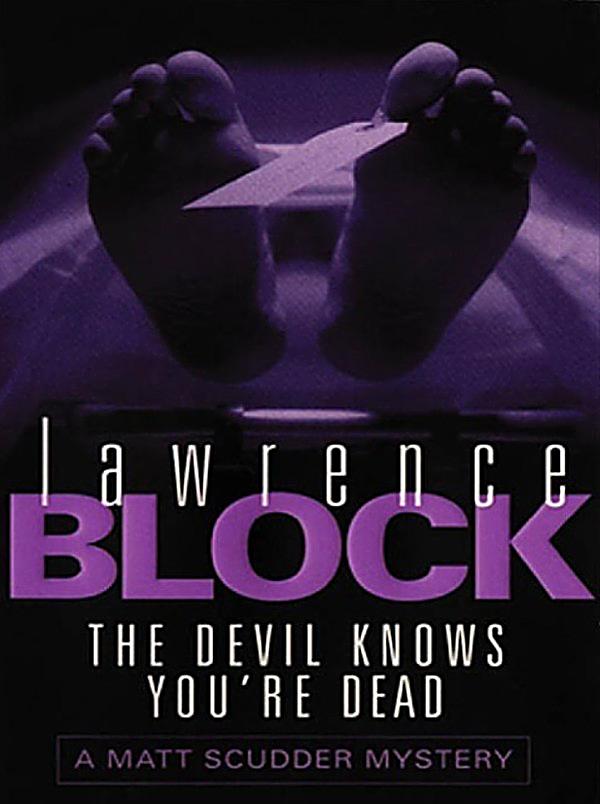 Scudder is back, tracking a killer through the alleys of Hell’s Kitchen and mapping the darker regions of the human soul.

Glenn Holtzman sits on top of the world, watching the sun set from his penthouse… half and hour later he’s just another statistic, gunned down in a phone booth on Eleventh Avenue. When the cartridge casings of the fatal shots turn up on a well-known local Vietnam Vet the whole of the Big Apple knows it’s an open and shut case. But not Scudder – this Yuppie lawyer has skeletons in his closet and Matt can hear them rattling.

One guy reviewed this and nailed it on the head when he suggested that most crime novels have a detective investigating a crime and you get some personal details of him in the periphery. Here you get the main story being about the detective’s personal life with the crime he’s investigating kind of in the background. Because, you can’t have a crime novel without a crime.

As such, the personal dilemmas Scudder deals with throughout this are very enthralling, but the conclusion to the criminal investigation was kind of a dud and came out of the blue.

Published in 1993, it received the prestigious Shamus Award for Best P.I. Hardcover Novel.