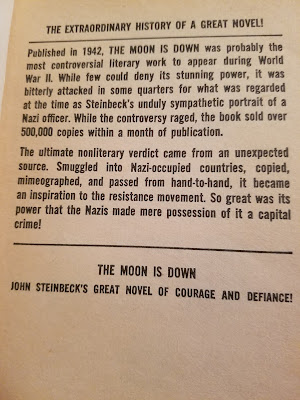 Daniel Silva rocks it in his latest book, Black Widow. I’ve read about 10 of Silva's 16 Gabriel Allon books and he’s done a great job of keeping my attention, which is not an easy thing to do.

Did you know Farrah Fawcett died about 20 minutes before Michael Jackson? Loved her poster.

As a former Middle East correspondent for UPI, who lived in Cairo, Silva has a unique grasp of the region and timely insight into various governments and terrorist groups. He seems well sourced and intelligent. This book tackles the ISIS situation. His main character, Allon, is in Jack Reacher territory, when it comes to my favorite protagonists in a series. He’s deep, dark, unflinching.

I really liked this one. A page-turner, realistic, timely.


Legendary spy and art restorer Gabriel Allon is poised to become the chief of Israel’s secret intelligence service. But on the eve of his promotion, events conspire to lure him into the field for one final operation. ISIS has detonated a massive bomb in the Marais district of Paris, and a desperate French government wants Gabriel to eliminate the man responsible before he can strike again.

He is a terrorist mastermind whose ambition is as grandiose as his nom de guerre, a man so elusive that even his nationality is not known. Shielded by sophisticated encryption software, his network communicates in total secrecy, leaving the West blind to his planning—and leaving Gabriel no choice but to insert an agent into the most dangerous terrorist group the world has ever known. She is an extraordinary young doctor, as brave as she is beautiful. At Gabriel’s behest, she will pose as an ISIS recruit in waiting, a ticking time bomb, a black widow out for blood.

I also enjoy his “afterwards” to the book, where he details some of his research and stories behind the story. Like when he met former Mossad director Meir Dagan, who suggested that when the books become movies they cast somebody taller in his role.

It’s hard to argue with science, I’m told. So let’s not start now.

The headline of this story is: Science Says You Should Add More Fiction Books to Your Summer Reading List

So don’t be a Fiction Book Denier! Fiction is good for you, according to a consensus of scientists. Do not argue with me on this. People smarter than you and I have spoken.

If you don’t read a fiction book, specifically THIS fiction book, the polar ice caps will melt, oceans will rise and Al Gore will lose weight. Buy fiction now! It will help you build your empathy muscle (that’s right behind your pecs); help you assess and adapt to the world around you; and boost your creativity.


A number of research studies have shown that when we read about depictions of smell, touch, and movement, we use the same parts of our brain as when we experience these sensory stimulations ourselves.

When we read fiction, we help our brains experience and work through complicated situations that could come up in real life.

I’m a late-comer to him but finally getting around to knocking off some John D. MacDonald paperbacks. So far so good. He writes some fascinating stuff with unique plots that are out of the mainstream detective novels.

I don’t know if I’m ready to go as far as Jonathan Kellerman though, who says: “The Travis McGee novels are among the finest works of fiction ever penned by an American author.” But they've got my attention.

In The Girl in the Plain Brown Wrapper: 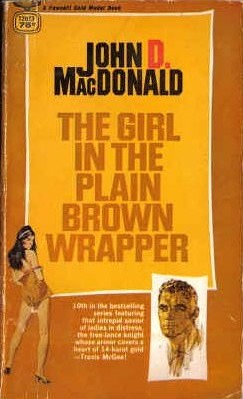 He had done a big favor for her husband, then for the lady herself. Now she’s dead, and Travis McGee finds that Helena Pearson Trescott had one last request of him: to find out why her beautiful daughter Maureen keeps trying to kill herself. But what can a devil-may-care beach bum do for a young troubled mind?

McGee makes his way to the prosperous town of Fort Courtney, Florida, where he realizes pretty quickly that something’s just not right. Not only has Maureen’s doctor killed herself, but a string of murders and suicides are piling up—and no one seems to have any answers.

Just when it seems that things can’t get any stranger, McGee becomes the lead suspect in the murder of a local nurse. As if Maureen didn’t have enough problems, the man on a mission to save her will have to save himself first—before time runs out.

This was written in 1968 so it’s not at all politically correct, which may be why I find it so refreshing. 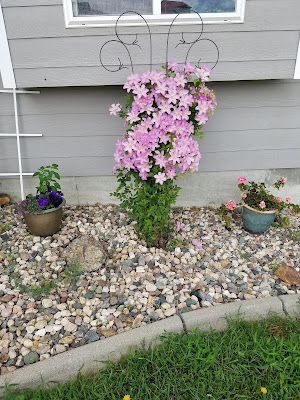 
“Honestly, I didn’t know what the show was until a bunch of people were saying you should do American Ninja Warrior.”


“I am no better than anyone else, I can pick up a broom.”

How the 10th man came to be

This is an interesting excerpt from the book “Why Dissent Matters.” It talks about “The Tenth Man” who was developed as a sort of devil’s advocate in military intelligence after Israel was caught off-guard by the Yom Kippur War.

If there are 10 people in a room and nine agree, the role of the tenth is to disagree and point out flaws in whatever decision the group has reached. Seems like this could be adapted for political and business models as well.

Killing the messenger is self-defeating. AMAN, the Israeli forces’ directorate of military intelligence, had to change the way it did business, and in the aftermath of the Agranat Commission it created two new tools: the position of the Tenth Man, also referred to as the Revision Department, and the option of writing “different opinion” memos.

The review is here. The book is: Why Dissent Matters: Because Some People See Things the Rest of Us Miss by William Kaplan (McGill-Queen’s University Press)

As I’ve mentioned before, I’ve been on a hardboiled noir detective kick the past few years – primarily stuff from the 60s and 70s. They most often contain dark characters doings bad things. Though some of them have quirky detectives in funny situations and exude humor.

I’ve read so many of these, from Lawrence Block and Donald Westlake to John D. MacDonald, that I thought I’d try my hand at writing one. Ended up I wrote three. They’re shorter, not full length 100,000-word novels you have to pour over for weeks. Each of these you can knock off in two or three nights.

They’re fast moving, somewhat quirky, set in South Dakota, as I like to do.

What I originally aimed for though was dark, nasty and gritty. It’s not entirely what I ended up with. Try as I might I just can’t get into that dark place needed to churn out some true noir. I think you’ll find the main character, Bags Morton, to be of very loose morals, but with his own set of principles he won’t stray from. The newly-retired cop is sarcastic and smart-alecky. He’s chasing bad guys in bad places, bars and strip joints. There are criminals and ex-cons and bar flies.

So the biggest thing that really separates this from most stuff I’ve written is these characters tend to talk like you might expect people like that to talk. There are more F bombs than I’m usually comfortable using. There’s plenty of promiscuity and sexual behavior (which is mostly left to your imagination.) So what I’m saying is don’t think you’re getting into a Bobby Trane, priest out wandering around kind of novel. It’s rated PG, but nothing like you don't see in your fave Netflix series. Don’t blame me if, after you reading all three, you are swearing like a sailor by the end of the summer. You were warned.

The plan is to release the first novel, Bags of Bodies, tomorrow. Look for some kickoff specials, though if you have Amazon Unlimited it's free.

In a nutshell, Bags Morton is enjoying retirement with his beautiful girlfriend. She would like to get married (and have sex with him) but not until Bags decides to quit messing around with other women. Bags, loves her too (and aches to have sex with her) but already has 3 or 4 marriages under his belt and has lost all faith in the institution. While they are sorting this out, people start dropping dead around Bags. First his mechanic is killed, then his barber, then his dog’s veterinarian. Bags decides to step in and use some of his previous contacts/convicts to figure out what is going on. And to kill the person doing it.

In July I’ll drop the second book, Bags of Rock.

In BOR, Bags gets called in by his old friend and former boss, The Governor, because the Gov is being blackmailed over nude pictures of his daughter, who is lead singer of an up-and-coming rock band. Things go sideways quickly when Bags shoots the Lieutenant Governor’s son during a robbery attempt; and a biker gang seeks revenge on Bags and the governor’s daughter.

Then in August, I’ll let loose the third book, tentatively titled Bags of Stone. See what we’re doing here? “Spend a summer with Bags.” Rather than dragging these out, let’s just “boom, boom, boom” get ‘em out there.

BOS introduces you to Bags’ friend Jonathon B. Stone, a homeless dude known to most others as Johnny B. Stoned. As homeless people are getting murdered in the downtown area, Johnny seeks Bags’ help. Bags goes undercover as a homeless person and prowls the streets trying to protect his friend and find the murderer. But nothing can ever be simple for him.

It seems I have trouble moving on to other projects while I have these sitting here begging me to go back and edit and rewrite. So I'm getting them out. Hope you enjoy a little break from the real world.