Finished the second in Craig Johnson's Longmire series: Death Without Company. It was okay, but not on par with the series debut. 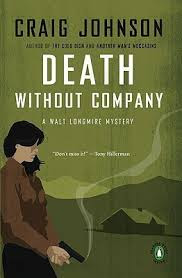 
When Mari Baroja is found poisoned at the Durant Home for Assisted Living, Sheriff Longmire is drawn into an investigation that reaches fifty years into the mysterious woman’s dramatic Basque past. Aided by his friend Henry Standing Bear, Deputy Victoria Moretti, and newcomer Santiago Saizarbitoria, Sheriff Longmire must connect the specter of the past to the present to find the killer among them.

It was convoluted at times and difficult for this ol' mind to follow. When it wasn't confusing, it was a little on the boring side.

I'm surprised I gave it 6 of 10, which seems a little high. Maybe I'm still under the influence of the great television series and the enjoyment I took in listening to the author speak in Spearfish last year. Amazonians were more generous and gave it a 4.5 of 5. Goodreaders a 4.2.

Here's holding out hope book number three gets things back on track.
Posted by Mark Haugen at Sunday, July 29, 2018 No comments:

Gotta say, it turned out well. I was worried I didn't use enough pectin, because the recipe called for half a package. When it was too late, I realized it was for half a 6 oz. package and I used half a 3 oz. package. Oops. But the consistency was just right. Go figure. Added a few strawberries too, just to be edgy. 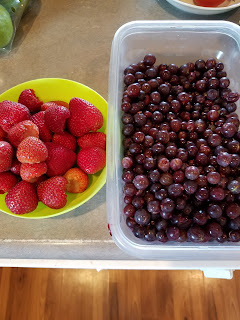 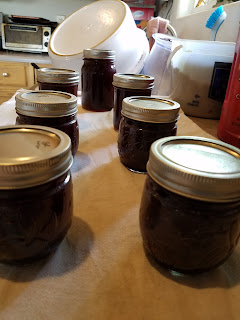