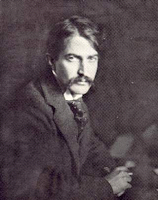 We're an impatient people for the most part, and I'm usually leading that parade with baton in hand. So, if you are looking for 20 classic novels you can read in one sitting, check this out.

Of the ones I've read (only nine), The Red Badge of Courage stands out to me as perhaps one that you don't usually see on these kind of lists as it rightfully should be. It was assigned reading in my English-teacher Dad's classes and I went back and reread it again a couple years ago with a lot more appreciation, and maybe a tad bit more maturity than I had 30 years ago. Just a tad, maybe more like a smidge.
Posted by Mark Haugen at Saturday, April 30, 2011 No comments:

LEAVE IT TO BEEVES: Reading the Custer County Chronicle today, which incidentally is my favorite newspaper in the state, I noticed in their "Down Memory Lane" column a reference to something I'd never heard of: "130 Years ago, 1881 - Notwithstanding that there were four butcher shops in town, Jim Clark was keeping up his lick and was killing six beeves daily."

Consider, I grew up on a farm; I was editor of a large and influential regional ag newspaper; I even once dated a girl from South Dakota State University; but with all that agricultural background, I've NEVER heard of the term "beeves." I first considered whether Mr. Clark was butchering beavers, but thought six a day seemed like a lot, plus who would eat them? It's not like they had Taco Bells back then. Still befuddled, I consulted the internet, where one should always go for accurate irrefutable answers to your questions. At dictionary.com I learned that "beeves" is/are: 1. the flesh of a cow, steer, or bull raised and killed for its meat; 2. an adult cow, steer, or bull raised for its meat.

Well, dip me in honey and call me sticky, but I learned something. I'm going to have to pull that out of my hat next time I'm talking with one of my rancher buddies and see if he knows that he's raising beeves.

BAN MY BOOK SO MORE PEOPLE WILL READ IT: My collegiate daughter proudly proclaimed last week that she has read five of the top 10 banned books in the world. Good for her. There are worse ways to rebel against authority. The top 10 are: The Adventures of Huckleberry Finn, Lolita, The Catcher in the Rye, Harry Potter Series, The Anarchist Cookbook, I Know Why the Caged Bird Sings, Candide, 1984, Satanic Verses, and Brave New World.

Speaking of Huck Finn and the rewriting of a politically correct version, it strikes me that right or wrong, it takes some serious stones for somebody to sit down and think they are worthy of rewriting anything Mark Twain ever wrote.

As for being unworthy, I'm reminded of the writer I most admired while growing up. He was John Egan, legendary sportswriter at the Sioux Falls Argus Leader. He was my writing god. Fast-forward to me in college at 18 and nabbing a parttime gig in that sports department. I often sat at desks adjacent to John, I marvelled at his abilities and the gentlemanly manner he carried himself. He even spoke to me! By 22, I was fulltime on staff, often did night desk duty where I actually edited John's columns and stories and put headlines on them.

I just chuckled to myself. For one, John's writing was so immaculate and precise, it didn't need editing. For two, the last thing he needed was a slug like me portending to fix anything he ever wrote. He cared so much, he even called late at night to find out what headline the 22-year-old punk had decided to afix to his stories. He never called me a punk, probably didn't even think of me as a punk; but, I was a punk - probably a lot like the punks who have the audacity to edit Mark Twain now.

Ride the wave, be the wave ... From CNN Money: The publishing tide is shifting fast: E-book sales in February topped all other formats, including paperbacks and hardcovers, according to an industry report released this week. Story here.
Posted by Mark Haugen at Monday, April 18, 2011 No comments:

Here's a story about the challenges of spring cleaning, which in their mind means getting rid of books cluttering your house. I'm not so sure I consider books to be clutter.

Though I probably don't need those Encyclopedia Brown books from my grade-school years. But, but, but someday I might.
Posted by Mark Haugen at Saturday, April 02, 2011 No comments: