The tomatoes have landed

This is a big day in my house or at least in my corner of the house. The tomato seeds arrived! 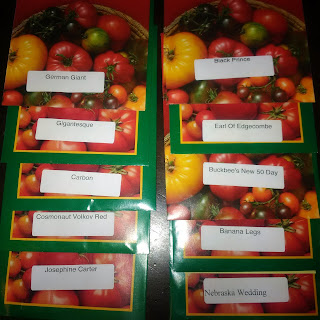 I’ve turned into a bit of a tomato snob the past few years and pretty much plant only heirloom tomatoes I start from seed. No more grocery store parking lot greenhouse tomatoes for me, even though they usually grow and taste just fine. Heirlooms offer more variety, colors, shapes, sizes and tastes. I also like the challenge of starting them from seed and becoming the most popular guy in the neighborhood, albeit for a very short time, when I give away the extra plants.

I buy mine from Gary Ibsen at TomatoFest, but this year missed out on the half-price sale. That’s really no big deal because I have more money than Trump anyway. I bought 10 packets, as I still have some seeds left over from last year. But I needed to replenish my supply of four varieties that I’ve had good success with: German Giant, Gigantesque, Black Prince and just plain ol’ Black.

Good ol’ Gary threw in a free bonus pack of Nebraska Wedding tomato seeds. Supposedly, this 4-inch orange-colored tomato was used in Nebraska churches as both a garnish and a decoration to “predict a prosperous marriage.” Whatever the heck that means. Crazy Nebraskans.

In choosing my new varieties I look at size (medium to big, no more cherry size for me), variety of color (red, pink, purple, yellow), number of days to harvest and, most importantly, a cool name.

So this year’s newcomers include: The Earl of Edgecombe, Cosmonaut Volkov Red, Josephine Carter, Buckbee’s 50-Day, Carbon and Banana Legs.

I usually start the seeds in my greenhouse about St. Patrick’s Day with the intention of putting them in the ground on Memorial Day weekend, give or take a week.

I’ll keep you informed on our progress, because I know you care.
Posted by Mark Haugen at Friday, February 19, 2016 No comments:

Bored? Then you're probably a boring person

So these dudes came up with a list of boring places in South Dakota. To do so, of course, they had to define "boring." It may or may not fit your idea. 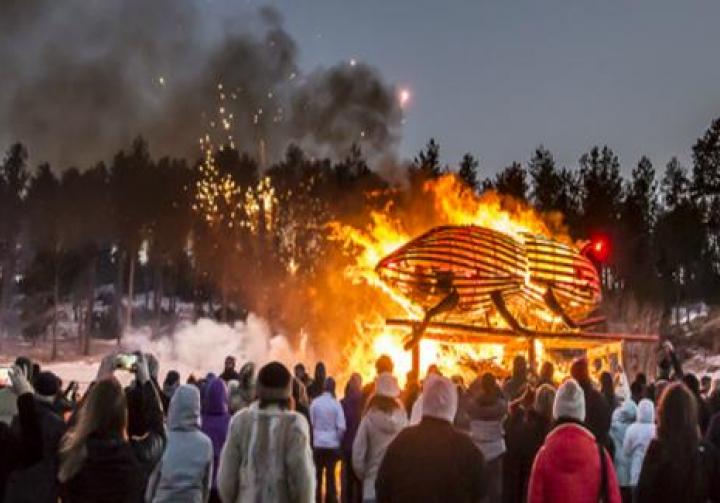 I'm guessing the fine folks at RoadSnacks who compiled this list are young-uns, millennials, who think if your city doesn't have a Justin Bieber concert or nightclub with appearances by Afrojack then it is a boring city.

Here's their criteria for judging "boring."

% of Population Over 35 (higher is more boring)

% of Households With Kids (higher is more boring)

% of Households with People Over 65 (higher is more boring)

I'm guessing they find outdoor recreation, high school sports, and Christmas concerts boring. They prefer traffic, no kids, no old people and the single hook-up culture. Back in "the day" I might've agreed, but have grown a bit wiser. They probably will too.

Here is their lame top 10 list. I've spent time in all of these towns, some more than others, and wasn't bored.

2 - Milbank (The birth place of American Legion baseball. What have you ever birthed?)

3 - Redfield (30-foot-tall pheasants that will kick your ass.)

4 - Winner (Jim Palmer would not have played baseball in a boring city.)

6 - Lead (Drive the streets of this town in December or January and I guarantee you won't be bored. Neutrinos and dark matter, boring? Sheldon Cooper thinks not.)

8 - Chamberlain (Walleye will jump in your boat and spit in your eye.)

10 - Flandreau (No town with an Indian casino is boring.)

So if hunting, baseball, golf, fishing, history, sense of community and listening to the stories of our elders is boring, sign me up. I'll take boring any day. At least wave when you drive through, because we'll even wave back, maybe even use all our fingers.
Posted by Mark Haugen at Thursday, February 04, 2016 No comments: