In the latest batch of 14,900 missing Hillary emails the FBI found, there was one gem from Huma to Hillary lamenting the fact that "Haugen hasn't updated his blog in nine days. I hope he's okay."

Well, yes I am. Thanks for worrying. Here ya go, Huma, some Link-oh-Rama:

*** This is a fascinating story about the life and times of Little People in Hollywood. Someday I'll pass along a couple Little People stories of my own from South Dakota.

*** I do the FanDuel thing and have enjoyed moderate success and enjoy it quite a bit. Some of the stuff about how people have gamed the system bothers me though, mostly the realization that I'm not smart enough to game the system.


The implosion of the daily fantasy industry is a bro-classic tale of hubris, recklessness, political naïveté and a kill-or-be-killed culture.

*** It may be a sad state of affairs when we need to celebrate a university announcing it will be open to ideas and thoughts, but that's where we are. Kudos to prestigious University of Chicago (for $50k a year it better be prestigious) for this letter it sent to students and faculty.


“Our commitment to academic freedom means that we do not support so-called “trigger warnings,” we do not cancel invited speakers because their topics might prove controversial, and we do not condone the creation of intellectual “safe spaces” where individuals can retreat from ideas and perspectives at odds with their own,” the letter states.

Hopefully nearby DePaul University and a host of others will come around to this way of thinking.

*** From the files of When Men Were Men: MOH Recipient ‘Pappy’ Boyington Was A Brawler, Drinker, And Legendary Fighter Ace


In San Francisco, California, shortly after returning to the states, Boyington was reunited with his fellow pilots and celebrated only as those who survived hell together can.

“Ironically the party was covertly covered by Life magazine and the pictures were impressive,” said Boyington of the party. “I suppose it was a good thing that they were never around in the South Pacific when we had our parties then. The morality meter would have spun off the scale.”


Like a diamond in the rough, a small cut of beef that meat cutters throw in with ground meat is now being looked at as a high-end delicacy by researchers at the University of Nevada, Reno.

*** Kareem Abdul-Jabbar has a new book out:  Writings on the Wall: Searching for a New Equality Beyond Black and White

A huge fan of his, I also read his book 'Black Profiles in Courage' and enjoyed it, so I'll probably check out the new one as well.

He's a smart guy on a variety of subjects and he does a good job of helping a white dude like me better understand some African-American issues.

Finished Koontz "The Key to Midnight"

The Key to Midnight is Dean Koontz's first great novel, back in 1979, written under his brief pseudonym Leigh Nichols. He went back several years ago and reworked it and republished under Koontz.

It's really good stuff. He says it was his first, perhaps only, foray into some international intrigue along with the usual dark, psycho thrills and awesome twists.

The ending got me. Couldn't figure out where he was going until I got there.

Will work for food 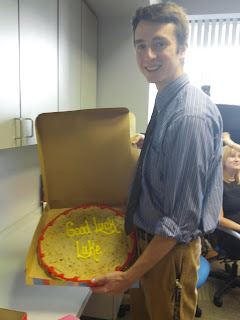 They had a little going-away shindig for Junior before the RC city council meeting tonight. He interned in the mayor's office, learned a lot and enjoyed the gang. And he got paid too, not just giant cookies.

This New York Times op-ed is an interesting yet gag inducing piece of puerile writing. The high-brow snobbery is about what you’d expect. The writer should’ve at least talked to a sheep rancher regarding the value of coyotes but he probably figured they are too backwards to have cell phones or email.


We know coyotes are intelligent, social creatures. They do not enjoy death. No thoughtful human being, considerate of other life, should sacrifice for pleasure or a bet an animal like the one Adolph Murie observed in Yellowstone in the 1930s. Doing so is immoral — not in a religious sense, but in reference to morality’s origins, the evolution of a sense of fairness among members of a social species, which early on came to include a human recognition that other creatures enjoy being alive and that depriving them of life is a very serious matter.

Think this writer is as pro-life for babies too?

Oh, and he left out the whole: "Coyote tapeworm that infects, dogs, humans spreading to cities" thing too.

And that thing about coyotes carrying bubonic plague that is wiping out cute prairie dogs which are necessary for the even cuter black-footed-ferrets to survive ... never mind.

Coyotes are cute and cuddly and play with sprigs of grass, ya'll. That's all you need to know, according the NYT.
Posted by Mark Haugen at Thursday, August 11, 2016 No comments:

This is the ninth Bob Lee Swagger book written by Hunter. Now Bob Lee is 68 years old and is going out of his mind bored on his Montana ranch. That changes quickly.

For me the first three Hunter novels were best. Now he gets a little too in the weeds with the guns and bullets stuff, excessive detail. Swagger can’t just shoot a guy; there needs to be four pages detailing the weight of the bullet, the trajectory, the wind, which organ got hit, and on and on with Hunter. For me, cut to the chase.

Sill very good read. I liked the ending. Gave it a 6-plus on the Haugenometer scale of 1-10.

Goodreads gives it a higher 4.1 out of 5. That’s pretty impressive.


In this tour de force — part historical thriller, part modern adventure — from the New York Times bestselling author of I, Sniper, Bob Lee Swagger uncovers why WWII’s greatest sniper was erased from history … and why her disappearance still matters today.

Posted by Mark Haugen at Wednesday, August 10, 2016 No comments: 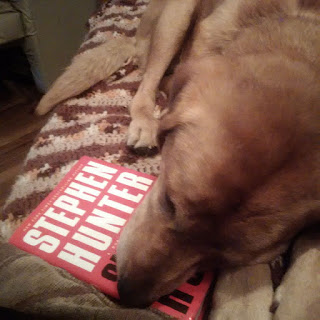 I previously avoided this exercise for two reasons:

1. It looked too easy. It looked like an exercise for Old People and Babies.

2. When I actually tried it, it was too damn hard to hold for more than ten seconds, and then I felt humiliated. Unable to even do an exercise for Old People and Babies. So I stopped, because who needs that kind of Negativity in one's life?

Got a heap of hail tonight ranging in size from moth balls (of big moths) to sheep kidneys (medium size ewes). Took a crack in the Jeep windshield and some dings in the eaves but the garden should shake it off okay. 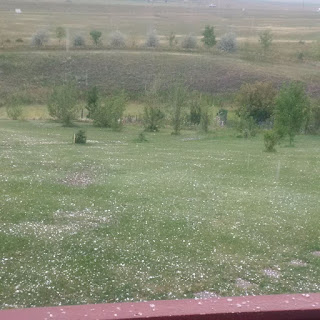 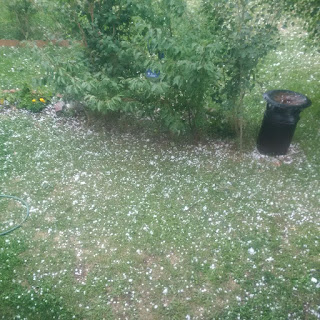 Finally found a movie that doesn't have talking fish or superheroes in tights, so I'm fired up.

Jack Reacher is back for part two in Never Go Back. Reacher is the main character from the great Lee Childs novels I read.

Lee Child tweeted yesterday: Before the movie release on 10/21, the NEVER GO BACK tie-in paperback will hit US/CA bookstore shelves on 9/6!

Here's the trailer to the movie. Looks pretty good.

The release date on the movie is Oct. 21. It stars Tom Cruise and Cobie Smulders. It will be the one movie I see this year. Just the way I roll.

Song from the soundtrack, by Zayde Wolf, New Blood.

*** So our old pal Amanda Knox is shacking up with a dude and wrote a love letter in the local paper about the big move.


I’m reminded of how my cell in Capanne prison transformed in character with the arrival or release of even just one prisoner. While none of us was allowed much in the way of material possessions, our combined emotional baggage, when bashed together without consideration, could make an already inescapable situation insufferable, even dangerous.

*** I love some of these book titles by sci-fi writer Philip Dick.

*** Here's a clash of cultures with neither side handling things very well.

*** Patrick Reusse on the revival of downtown St. Paul. Haven't been to this park, but it's on the list.

*** But Minneapolis has this now. Skol Vikings!

*** Public service announcement: The Nuge is at the Full Throttle in Sturgis on Aug. 9.
Posted by Mark Haugen at Tuesday, August 02, 2016 No comments: