Finished the year with a loser

I finished the reading year with a dud. It was my 27th book of the year. Would've been nice to finish on a nice round number like 26, but my desire to read overpowered my OCD.

If the title of the book is accurate, “Losers Live Longer”by Russell Atwood, then this book will live for centuries. 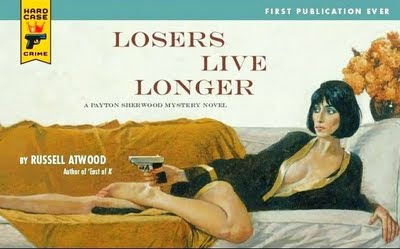 It was published by Hard Case Crime which is famous for its detective noir and good noir at that. How this slipped through the cracks I don’t know.

The plot was forced. The main character was a dud. I felt nothing for him. The author tossed in an odd sex scene out of the blue and a couple other comments that seemed totally out of the flow. And he ended his chapters with weird attempts at deep thoughts or something that were just dumb.


It gave me a chance to close my eyes and forget.
Sweet forget, how I missed you.

I turned away from it and walked east, following my shadow, a long narrow stain spilling out in front of me.

As you can tell, I didn’t like the book. Gave it a year-low 5 on the Haugenomter, out of 10.  Going back to one of my old faithfulls, Lawrence Block, to start 2018. He's never let me down.
Posted by Mark Haugen at Saturday, December 30, 2017 No comments:

This is how a high-roller like myself spends his lunch hour: Everybody’s Bookstore and some pepperoni pizza. 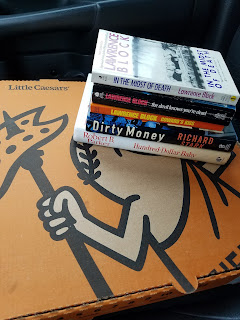 Posted by Mark Haugen at Saturday, December 30, 2017 No comments:

Lindy was a jerk but the book was good

True to my plan, I read another biography – this one on Charles Lindbergh. There’ve been a ton written about him, but I went with “Lindbergh A Biography” written by Leonard Mosley in 1976. 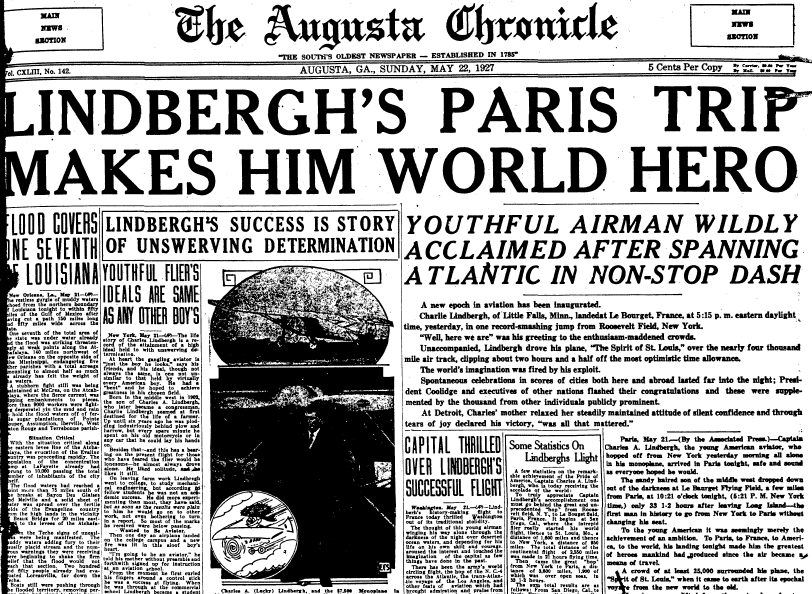 The only things I really knew about Lindbergh previously were that he flew across the Atlantic that his kid was kidnapped, and he was supposedly an American hero. I certainly didn't realize what a big deal he was at the time.

What I learned in this book is that he was actually a pretty rotten person. He was a racist, sexist, anti-Semite. He was also a hypocrite with little self-awareness.

In 2003 (two years after the death of his wife) it was revealed that, beginning in 1957, Lindbergh had engaged in covert sexual affairs with three European women, with whom Lindbergh fathered seven more children, none of whom learned of his true identity until a decade after his death in 1974.

One of the many parallels between then (1927 when he did his flight) and now are the accusations of "fake news." Yellow journalism was alive and well back then. Totally made up stories about him would appear on front pages of newspapers just to sell copies. As such, he grew to hate the media. Eventually, that was a major factor in him moving to England, where they were pompous enough people to not think him so special.

As he later became a PR tool of the Nazis by touring their aircraft facilities in Germany, it was that distrust in media that kept him from believing the published reports of the evil Hitler was doing. So he was branded a Nazi sympathizer and things spiraled down from there. He fought publicly with FDR. Was fond of fascists, but hated communists. He was an odd duck.

He was the kind of guy who was a genius with mechanical things but pretty much a stupid dork when it came to relating to people.

It was a fascinating history lesson written around this guy who I didn't like much. But I'm a smarter man than before I read the book, so mission accomplished.
Posted by Mark Haugen at Saturday, December 23, 2017 No comments:

As I've mentioned before, a book set in places I'm somewhat familiar with always endears itself to me. Much of this book took place in my hometown of Rapid City, so you know I was liking it. Even forays into Wyoming territory I'm familiar with added to its allure.

But you could set a novel taking place in my basement and it would still have to deliver a clever plot and intriguing characters to make it legit. This one did. How Child can make his 22nd Jack Reacher storyline so unique and interesting is beyond me.

Reacher takes a stroll through a small Wisconsin town and sees a class ring in a pawn shop window: West Point 2005. A tough year to graduate: Iraq, then Afghanistan. The ring is tiny, for a woman, and it has her initials engraved on the inside. Reacher wonders what unlucky circumstance made her give up something she earned over four hard years. He decides to find out. And find the woman. And return her ring. Why not?

So begins a harrowing journey that takes Reacher through the upper Midwest, from a lowlife bar on the sad side of small town to a dirt-blown crossroads in the middle of nowhere, encountering bikers, cops, crooks, muscle, and a missing persons PI who wears a suit and a tie in the Wyoming wilderness.

The deeper Reacher digs, and the more he learns, the more dangerous the terrain becomes. Turns out the ring was just a small link in a far darker chain. Powerful forces are guarding a vast criminal enterprise. Some lines should never be crossed. But then, neither should Reacher.

A couple quotes I marked:


“You threatening me now?”
“More like the weather report. A public service. Like a tornado warning. Prepare to take cover.”
“Billy was a hardscrabble country boy, maybe forty years old, lean and furtive, like a fox and a squirrel had a kid, and spent half the time baking it in the sun, and the other half beating it with a stick.”
Posted by Mark Haugen at Saturday, December 16, 2017 No comments:

Haven’t had a link-oh for a while so let’s give it a go with some interesting stories you may have missed:

*** The weird story of feet washing ashore in Canada.

*** The year-end best book lists are hitting the interweb. Here are Amazon’s best books of 2017. Again, I just missed the cut.

*** And there’s this 5-star ebook that didn’t make any “best of” lists, because of the Russians.

*** I really liked this column about one-thingism and trying to live a well-rounded life.

*** The top selling e-books for each of the last 10 years on Kindle.

*** Craig Sager was a flamboyant reporter of the NBA and died of leukemia. His wife, Stacy Sager, tells his story, with some advice for reporters: Listen.

*** And there’s this 5-star ebook that didn’t make any “best of” lists, because the system is rigged! Rigged I tell ya!
Posted by Mark Haugen at Tuesday, December 12, 2017 No comments: 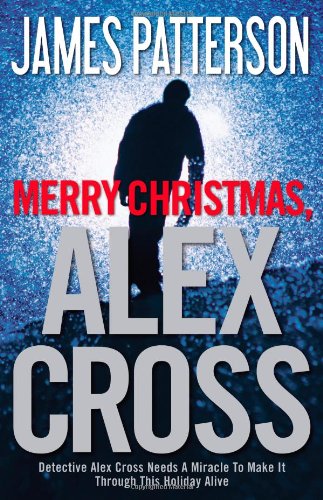 It was a little much for me, kind of out there and strained credibility. But it was Alex Cross, so I finished it. It was kind of like Patterson didn’t have time to write a full novel, and didn’t want to release a novella, so he took two short stories and jammed them together back-to-back. It was really quite odd.


It's Christmas Eve and Detective Alex Cross has been called out to catch someone who's robbing his church's poor box. That mission behind him, Alex returns home to celebrate with Bree, Nana, and his children. The tree decorating is barely underway before his phone rings again--a horrific hostage situation is quickly spiraling out of control. Away from his own family on the most precious of days, Alex calls upon every ounce of his training, creativity, and daring to save another family. Alex risks everything--and he may not make it back alive on this most sacred of family days. Alex Cross is a hero for our time, and never more so than in this story of family, action, and the deepest moral choices. MERRY CHRISTMAS, ALEX CROSS will be a holiday classic for years to come.

It's no classic. It's the opposite of a classic, the most forgettable book Patterson has written. If you skip a Cross book, skip this one. I only gave it a 5 out of 10 on the Haugenometer, but the James Patterson worshipers at Amazon somehow manage to give it a 4.3 out of 5.

Posted by Mark Haugen at Tuesday, December 05, 2017 No comments: