*** This is an interesting story about 1,600 people going missing in our national parks.


When 18-year-old Joe Keller vanished from a dude ranch in Colorado's Rio Grande National Forest, he joined the ranks of those missing on public land. No official tally exists, but their numbers are growing. And when an initial search turns up nothing, who'll keep looking?

I’ve always dabbled in reading old, pulp noir detective books, but dove head-first into them the past couple years. What started as an obsession with Donald Westlake turned me toward Lawrence Block and now I’m into Robert B. Parker, Max Collins, John MacDonald and others. So much so that I spent the past year writing my own hardboiled detective novel, or three. So it’s with glee that I report this story that I may be on the right side of the publishing trend for a change as the ol’ fedora and fists novels make a comeback.


“Corruption and violence are hardly things of the past. Men in power taking advantage of the weak and getting away with murder – that’s the stuff of headlines today,” he says. “People turning to crime in desperation or out of frustration and anger. Frightened men on the run, or vengeful ones on the hunt – when did that ever go out of date?”

Check it out (even quote Mr. Block): Dames, detectives and dope: why we still love hardboiled crime

This is indeed a dilly 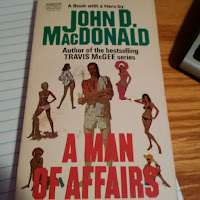 And found this first page interesting: 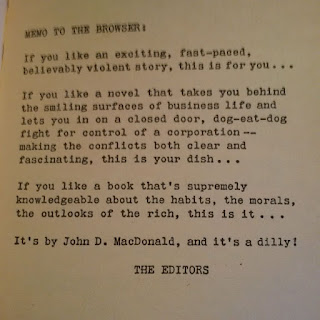 If you read one news story this month, make it this one

This is a startling, in-depth article on drug abuse. The numbers are staggering.

I also found the politically-correct nonsense espoused by some of the mental health providers to be maddening. The last place we need to be dumbing down the language, so as not to offend, is when it has life-and-death consequences.

The story is long but packed with information. I didn't find any partisan edge to it either. Well worth your time. You'll be a smarter person for reading it.


The population of addicts is like the population of deer. It is highest in rustic places with access to urban supplies. Missouri’s heroin problem is worst in the rural counties near St. Louis.

University prez responds to bigots: A Tapestry of Talent

Some racist flyers were recently put up in the dark of the night by a KKK idiot at three colleges in South Dakota, including the S.D. School of Mines & Technology.

SDSMT President Heather Wilson (and nominee to be next Secretary of Air Force) responded with the following letter to students and staff. It's about as good of response as could be done with the exception of punching the perpetrator(s) in the face.

That was the sign in many New England shop windows that faced my great grandmother, Annie Skalley, when she came to America from County Cork in the late 1800s.

Some time ago, my cousin Carol found one of those signs in a flea market and had it framed.  It hung in her kitchen as an ironic reminder of how far our family had come in three short generations.

Carol's father, the son of Italian immigrants, had enlisted in the U.S. Army and had been a medic in the Battle of the Bulge.  A member of the greatest generation, he came home after the war to open a drug store that served our small town for decades.  When he married my Aunt Anne, named after Annie Skalley, it was quite controversial for an Irish girl to marry an Italian boy.  He endured his share of insults, which I won't share here.

With every wave of immigration in America, some have promoted the fiction that the only ones who belong here, the only ones who really contribute to this remarkable country, the only "real" Americans, are people who look and sound and speak and pray like the person we see when we look in the bathroom mirror in the morning.

But when we set aside our fears and our pride, and look around us, we know that's just not true.

Here, at the School of Mines, we prepare leaders in engineering and science and we advance the world’s knowledge.  Some of these young leaders gather in the Newman Center on Sunday nights; others pray five times a day facing Mecca.  Our exceptional students are the descendants of slaves and the descendants of Norwegian farmers.  Some are indigenous here, others arrived as refugees from wars that still rage.  They are the children of wealthy parents who have been provided every opportunity, and the children of unknown fathers who have aged out of foster care.  As faculty and staff we have similar winding paths that brought us to this place.

All of us are part of the rich tapestry of talent that will help solve the great challenges of the twenty-first century.  Each of us deserves to be treated with dignity and respect.

Many of you are aware that over the past week someone has been placing posters around campus that remind me of the signs Annie Skalley saw as a girl.  The same posters have shown up on at least two other college campuses in South Dakota.  A lot of you may not have seen them at all, and are wondering why I’m writing this email to you.  I’m writing because some of you have seen them, and have been deeply offended by them.  When posters from outside groups appear on our campus, they are taken down, as is our standard policy.

The appropriate response to an objectionable idea is a better idea articulately conveyed.  It is to reach out to our friends and colleagues and students and let them know – very explicitly – that we are glad they are here.  It is to share our stories, share a meal, share a smile, share a word of welcome.  We work together to solve hard problems and discover new things.  We do so joyfully with friends who have different stories from our own.

One of our very successful alumni is Peter Stephans.  Peter escaped from Hungary in 1956 and came to South Dakota, barely able to speak English.  I met him shortly after I became the President of Mines at the company he now owns outside Cleveland.  We drove in his sports car to have lunch at his country club.  When the lovely meal was finished, I asked this very successful CEO what he remembered about the School of Mines, and his eyes filled with tears.  "They welcomed me," he said.  "I had nothing.  I was just a boy, a refugee very far from home.  And they welcomed me."

That is who we are.  And no poster hung in the dark of night will change the fundamental decency of who we choose to be.

Have a pleasant and restful spring break.  Please take some time with each other in the coming days, and with our students when they come back, for conversation and fellowship, each in your own way.  That will make all the difference.