I’m not a big history guy (thus I tend to repeat a lot of the same mistakes.) My idea of history is divided into two eras: pre-Van Halen with David Lee Roth and then the rest of world history post-David Lee Roth. I do dabble though, primarily in Israeli history and specifically the intelligence and defense areas. When I need any more information, I go to Mr. Google or my daughter, a history major at Black Hills State.

That being said, here is a very interesting story, even if you aren’t a history buff. The most decorated combat flight in U.S. history wasn’t in a famous, major battle and was a photo-recon flight. We’re talking two CMH’s and several Distinguished Service Crosses for the crew. And they sound like a bunch of cool dudes I would’ve liked to hang out with.


As odd as all this sounds, the South Pacific theatre in the early days of World War II was a chaotic area scattered over thousands of miles with very little equipment. Having a plane with an apparently nutty crew who volunteered for every awful mission not surprisingly made the commanding officers look the other way.

Posted by Mark Haugen at Wednesday, October 30, 2013 No comments:

I am anxiously awaiting the arrival of an advance reading copy (ARC) of Dean Koontz's upcoming novel: Innocence. I won a bidding war on Ebay. Dropped 30 large on it. Large one dollar bills (includes shipping). That's the way I roll. The rest of you suckers can read the book when it comes out on Dec. 10.

And I'm sure you've been anxiously awaiting today's cleavage linkage: ** Which JFK books to pick? An estimated 40,000 books about him have been published since his death, and this anniversary year has loosed another vast outpouring.

** Jerry, if you're reading this, for crying out loud close an app!

** 5 writing tips: Novelist Jill Dawson shares the advice she wishes she'd known when she started out.

** But it's so obvious: Study that says first-borns are smarter leads to debate among parents.

** High school football playoffs start Tuesday in South Dakota. So you really should read "Crash Bonaparte" at the short stories link up and to the left here. It's one of the favorite things I've written. Dumb, silly and fun.

** Last week's performance was just too much for this Vikings fan to handle.

** Don't go away mad, just go away: Anybody within three degrees of separation of Jersey Shore.

** In honor of Halloween, here's some Freakin' at the Freakers' Ball. Don't give the kiddies any of whatever it is these dudes were on.

Pheasant season opens tomorrow in South Dakota. It's kind of a big deal. ** Hemingway hung out here, ya know.


Hemingway’s trip looked like a vacation, but looks can be deceiving. “He said he had just ‘put his Morgan novel to bed’ in Wyoming, and that he’d handwritten 50,000 words…working like a bastard,” said Larsen. (The novel was later published as To Have and To Have Not.) Even though he wasn’t busy with any particular project in South Dakota, Hemingway never stopped accumulating the images and ideas that were his stock in trade. He took an interest in every detail of the prairie environment, “land contour, flowers, plants…things most people take for granted,” said Larsen. After evening meals he would sit in a corner and scribble notes on this he wanted to remember.”

** The sad story of Victor Page.


When leaving Georgetown for the NBA after two seasons didn’t work out, Page played 157 games for the Continental Basketball Association’s Sioux Falls Skyforce through 2002 and, once, chased an opponent around the court with a broom. But trouble of every variety has been Page’s companion since he starred at McKinley Tech High School, from the laundry list of charges covering everything from cocaine to theft to the unlawful use of a livestock vehicle to the gunshot two days before Thanksgiving in 2003 that took his right eye.

** This sounds important. How Not to Die: 20 Survival Tips You Must Know

** Night owl? Party til the sun comes up with Prince.

** New book coming out next spring for this week's person I wish would just go away.


“He was a douche, an unfriendly narcissist,” another building worker said. “I hate the guy. He thought he was God.”

Posted by Mark Haugen at Saturday, October 19, 2013 No comments:

Richard Stark was one of my favorite authors of all time, and I didn't know it. I knew Donald Westlake though and was plenty bummed when Westlake died in 2008. Just when I thought I'd have no more Westlake novels to consume, I learned that Westlake also wrote under a pseudonym, actually several, and the dude's name was Richard Stark. 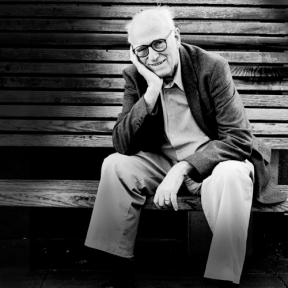 The Stark novels are considered noir crime, with the main character of Parker. I just finished Stark's 1974 novel Butcher's Moon and loved it. I'm pretty sure it had the most characters in any book I've read, which generally isn't good for me because I am easily confused, but this worked.

Another of my favorite authors is Lawrence Block, who wrote the forward for this novel, and lo and behold was best buddies with Westlake/Stark. Block recommended that the reader of this book read the previous 15 Stark novels, because he incorporates many of those previous characters into Butcher's Moon, but Block said it wasn't necessary, so I didn't.

In reference to all the characters, Block said: "There are no minor characters, only minor writers." Words to live by.

I gave this on a 7-plus, but could've gone higher. Westlake/Stark is an absolute genius, Twainlike in his character descriptions.

On a not-so-bright guy, Stark wrote: "talking sense to him was like teaching algebra to a brick."

And the guy got shot "and slid down the invisible glass wall of life."

And, if you've got an extra first-edition hard-cover of this baby, shoot me an email. We'll work sumtin out.
Posted by Mark Haugen at Tuesday, October 15, 2013 No comments:

** Loving me some baseball, and here's the sports picture of the year.

** Here's one way to get rid of cancer: Why The Federal Government Wants To Redefine The Word 'Cancer'

** So I guess legendary journalist Seymour Hersh is not a fan of the current crop: Seymour Hersh excoriates 'pathetic' American media

** Not everyone thrilled with McBooks.

** Douglas Adams says a book is like a shark:


"Sharks are old, there were sharks in the ocean before the dinosaurs and the reason there are still sharks around is that sharks are better at being sharks than anything else is. Physical books are tough, hard to destroy, bath-resistant, solar operated, feel good in your hand – they are good at being books and there will always be a place for them."

'Chopped' and the Chihuahua

I confess to a guilty pleasure of watching a couple of the cooking shows. It wasn't by choice; it was because wifey watches it in bed, and well, I like my bed and when she turns off the television. It sounds like there's a pretty interesting book out about the Food Network. Not that I'm going to buy it, but I liked some of the excerpts.

Yahoo says:
In his new book, From Scratch: Inside the Food Network, writer Allen Salkin takes a deep dive into the world of Food Network, from before it was a kernel of an idea all the way up to the latest Paula Deen scandal. For anyone who has an interest in the network, or television in general, it's a fascinating read.

The original idea for Chopped was a whole lot more nutty than the no-frills show that ended up making it to air. In the original pitch, inspired by Deal or No Deal, a silhouetted tycoon would plan a dinner party, and his butler, "a snooty John Cleese type," would pit four chefs against each other for the privilege of cooking the dinner. After each round a chef would be eliminated by a panel of judges (including Rocco DiSpirito), and their dish would be fed to a Chihuahua named Pico. The crew didn't realize just how passionate the chefs would be about winning the competition, so after the initial idea was rejected by programming head Bob Tuschman, they reformulated the show to focus on the chefs instead of the wacky setup. And Chopped was born.

Posted by Mark Haugen at Wednesday, October 09, 2013 No comments:

Tsar is the fifth Ted Bell novel in the Alex Hawke series. His sixth, Phantom, is sitting on my "to do" shelf, but I have to be in an ambitious mood to tackle Bell, because, as wonderful as they are, they are thick. This one was 705 pages! Fortunately, a snow storm hit us and we were without electricity for almost three days, so that gave me plenty of reading time.

Since I don't do reviews very well, I'll give you the highlights, which include the * and underlines and X's I make in a book for things that stand out to me for sometimes odd reasons, but usually because I thought it was a clever turn of a phrase, neat description or just something I just want to remember.

For starters, I gave it a 7, on my 1-10 scale. That's one of the higher ratings I've given in quite some time.

"Sometimes a man just had to bury his past and bloody well get on with it." Words we can all appreciate in some aspect.

In one scene Hawke is wearing a "double-ended black satin tie." I thought that sounded like something I might like and Googled double-ended ties and can't find anything. Hmm, a mystery within the mystery. I'll keep looking.

He also referenced "Yeats" as being sublime. I haven't read the Irish poet since college, and don't remember him being sublime, but then again didn't consider much to be sublime when I was 20. So I'm making it a point to check out some Yeats this week. Stay tuned.

"You know my definition of a committee?"
"A group that keeps minutes and wastes hours."
To that I say: Amen, brother.